PMP Salary – Everything you need to know

How much does a PMP get paid? In this article we will explore answers to questions related to the PMP salary such as:

To answer these questions, let’s look at some interesting information from different parts of the world.

What is the Average PMP Salary

PMP Salary across the world

Let’s look at how much can you earn in different parts of the world if you are a PMP:

Does the PMP Certificaton increase your income?

Next, lets learn how much of an increase you can get in your pay if you have a PMP certification.

Based on the information above, we can safely conclude that having a PMP certification is very valuable and that it certainly results in an increase in income. Of course, it is also important to consider that the PMP also increases your global reputation. Once you have passed the PMP exam, you can make the most of it by applying to countries where you get a higher pay for having the PMP. So the PMP is like your passport to a better company, a higher income, and new places to explore in the world.

In case you’d like to learn more details, you can check out PMP Certification Requirements

Umer Waqar is a Branding ,Digital Marketing and Project Management Professional. His experience and understanding of Technology and Marketing has led him to manage projects across commercial and technical teams in high capital and large scale projects.

0 responses on "PMP Salary – Everything you need to know"

The Complete and Definitive
Guide to the PMP Exam 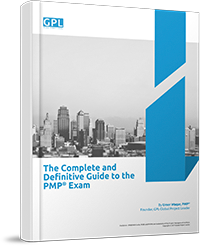 Everything you need to know about the PMP Exam

Get Started by learning everything you need to know about PMP in our guide which answers all the most asked questions related to PMP.